Watch Ruth discuss Stage Seven on the Summer Book Series video co-sponsored by AlzAuthors and HFC (Hilarity for Charity), an Alzheimer’s awareness group founded by Seth Rogen and his wife...or listen to the podcast.

Ruth F Stevens likes to create stories that will make you laugh and cry. Stage Seven, her debut novel, was inspired in part by real-life experiences dealing with her mother’s Alzheimer’s disease and decline. It is based on her stage play of the same title, produced in 2018. Her second play (a dark comedy) was named a finalist in the 2019 Garry Marshall Theatre New Works competition.  Ruth is a former public relations professional (NYC and LA) and current member of the Dramatists Guild of America, the Women's Fiction Writers Association, and AlzAuthors. She has been writing professionally for her entire career—including advertising campaigns and hundreds of articles for magazines, newspapers, and journals—but creative writing is her passion. 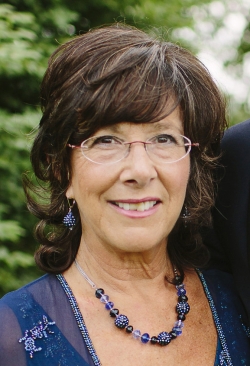 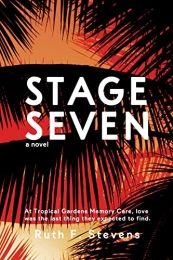 Stage Seven, A Novel
In this debut novel, a sweet but uptight single mom falls for an older man at an Alzheimer’s facility where her mother—and his wife—are patients.