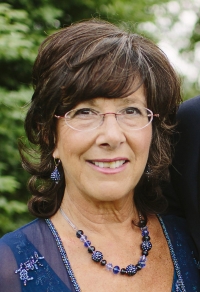 AlzAuthors is an excellent online resource for dementia patients, their family members and caregivers. It offers a compendium of information including memoirs, caregiver guides, novels, children’s books, and blogs, plus the encouraging real-life experiences behind these works.

The Alzheimer's Association’s mission is to “lead the way to end Alzheimer's and all other dementia — by accelerating global research, driving risk reduction and early detection, and maximizing quality care and support.” This group uses a simplified three-stage system to categorize the progression of the disease: early-stage (mild), middle-stage (moderate), and late-stage (severe).

The Alzheimer’s Foundation of America (AFA) provides support, services and education to individuals, families and caregivers affected by Alzheimer’s disease and related dementias nationwide, and funds research for better treatment and a cure. Founded in 2002, the AFA offers a range of resources including a national toll-free helpline staffed entirely by licensed social workers.

Alzheimer’s Los Angeles was founded in 1981 to improve the lives of families affected by Alzheimer’s and dementia by increasing awareness, delivering effective programs and services, providing compassionate support, and advocating for quality care and a cure.

HFC (formerly Hilarity for Charity) was founded by Seth Rogen and Lauren Miller Rogen.  HFC is a national non-profit whose mission is to care for families impacted by Alzheimer’s disease today, activate the next generation of Alzheimer’s advocates, and be a leader in brain health research and education. “If we can get people talking about Alz early on, and change their behavior, we can actually prevent up to 40% of cases!”

The seven clinical stages of Alzheimer’s, as depicted in the play and the novel Stage Seven, is based on a system developed by Barry Reisberg, M.D., clinical director of the New York University School of Medicine’s Silberstein Aging and Dementia Research Center. It is also known as the Global Deterioration Scale (GDS).

The Forgetting: Alzheimer’s: Portrait of an Epidemic by David Shenk is a fascinating anecdotal history of Alzheimer’s disease that helped to inspire some of the concepts presented in both the play and novel versions of Stage Seven. (New York, Random House, Inc. Copyright © 2001, 2003)